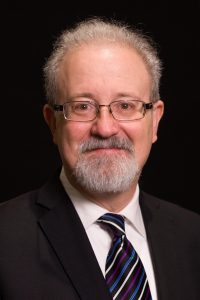 Mark Goldberg is head of Mark H. Goldberg & Associates, Inc., a telecommunications industry consulting practice that specializes in assisting its clients to understand the implications of changes in competitive markets. Drawing on more than 40 years of global industry experience, for over 25 years the firm has assisted clients in Canada and around the world in all sectors of the industry: new entrants and incumbents, end users, manufacturers and software suppliers, government regulators and industry associations. In the course of his corporate careers, he gained the perspective and led changes from many perspectives of telecommunications: communications service providers, regulation, research and development, equipment architectures and large customer networks.

Mr. Goldberg was Vice President Network Services for Sprint Canada, responsible for the planning, engineering, administration and operations of its competitive national fibre network. At Unitel Communications, he developed the network interconnection architectures for the introduction of telecommunications competition in Canada and testified on competitive network architectures before the CRTC in proceedings that led to its landmark decisions related to long distance and local competition. He has advised governments in Canada and overseas on a variety of issues.

Mr. Goldberg has lectured at the University of Western Ontario and he was co-chair of the Advisory Board for the Masters of Engineering in Telecommunications at the University of Toronto. He is a member of the Board of Directors for Lakeland Holding Ltd. He also serves on the advisory board of Skysurf Canada Communications. He had previously been an advisor to Xplornet Communications. Mr. Goldberg was a member of the nominating committee for Canada’s Telecom Hall of Fame.

He is the co-founder of GST Conferences, a telecommunications industry training and conference company and the producer of the annual Canadian Telecom Summit held in June of each year. GST Conferences has produced training courses used by companies and regulators for new employees.

You can read his views and commentaries on telecommunications trends and issues on his blog: www.mhgoldberg.com/blog or follow him on Twitter: @mark_goldberg.

In naming him as one of Canada’s top 10 technology bloggers, itWorld Canada wrote:

No one does a better job of exploring, interpreting or criticizing telecommunications policy in Canada. Period.