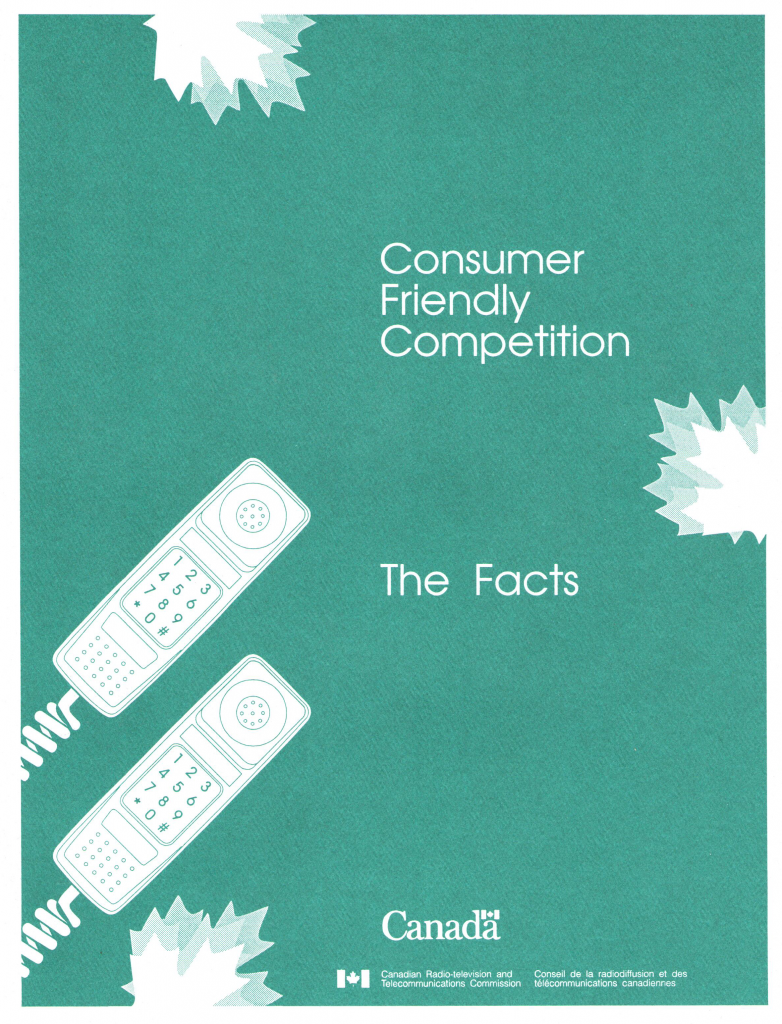 Forgive me if I take a little time to walk down memory lane. I want to take you back to June 12, 1992, 25 years ago today, the day the CRTC released Telecom Decision CRTC 92-12: “Competition in the Provision of Public Long Distance Voice Telephone Services and Related Resale and Sharing Issues.”

I remember the day really clearly. I remember walking across the bridge to Hull to get to the lock-up. I was hoping for a positive decision, not sure of what would be in store for our young family if the CRTC had ruled the other way.

And as it turns out, it was a positive decision.

It had been more than a year since I had been the lead on the first panel of witnesses in the hearing. It seemed all the news media covered the April 15, 1991 start of the CRTC’s months long hearing that featured sworn witnesses and cross examination by all of the parties. Our panel, covering network interconnection, was on the witness stand for a full week. We had exchanged paper filings for a year before that. I had started assembling my team in the fall of 1989.

June 12, 1992 was the culmination of more than 30 months of work that had seen my young family move back to Canada to build a small team of young network engineers who designed the way competitive networks could connect to each other in Canada. Our goal was to enable equal ease of access: enable customers to route their calls over the service provider of their choosing, with no extra effort. Our team, working for Unitel, not only had to counter the arguments put forward by armies of regulatory engineers and economists working for the monopoly phone companies, such as the risk of errant emergency calls and the impact on rural phone rates; we had to demonstrate to the government that competition was in the public interest. Imagine, we actually had to prove to the regulator that competition would bring lower prices, service innovation and increased consumer choice.

Ours was a great team and we bonded well, still staying in touch – though not frequently enough – to this day. Two members of the group got married. As we dispersed, we populated executive levels at various phone companies and suppliers around the world. Others from the Unitel team continue to impact the Canadian communications sector, as do some of the people who were on other sides of the table, as well as those who assessed the evidence and wrote the decision at the CRTC.

Much was captured in a few paragraphs at the beginning of the decision.

The Commission is in agreement with most parties that increased competition should not be based on a regulated duopoly market structure. In order to exploit fully the benefits of competition, the Commission considers that it would be in the public interest to provide a framework which would allow other applications for interconnection by facilities-based interexchange carriers (IXCs) that would be subject to federal regulation, if the shareholders of such applicants are prepared to assume the risks and obligations associated with the terms and conditions set out in this Decision. Accordingly, the Commission has indicated its willingness to order the BCRL respondents to interconnect with BCRL, if BCRL wishes to enter on terms and conditions comparable to those approved for Unitel.

While the Commission considers that a more open marketplace is more likely to increase the benefits of competition, such entry must ensure that consumers are protected from potential abuses. Accordingly, the Commission has imposed certain restrictions on pay telephone and operator service activities and access to billing and collection and database services to avoid problems such as overcharging that have occurred as a result of unregulated alternative operator service (AOS) activities in the U.S.

The Commission does not consider that resale and sharing, absent facilities-based entry, would provide a sufficiently sustainable form of competition, given that reseller viability is so dependent on the rate structures of the respondents.

The decision itself was remarkably well crafted, and it continues to be worthwhile reading, setting out Canada’s official policy favouring facilities-based competition and enshrining the concept we created of Interconnection Steering Committees that continue to operate today, resolving issues on an industry-wide level with regulatory oversight.

There are so many stories that could be told of the 30 months that led up to June 12, 1992. I remember going to the regional hearing in Whitehorse, and flipping through the front pages of the phone book in my hotel room to see what long distance rates were. I came down for dinner excitedly asking our lawyer “did you read the phone book in your room?” I didn’t understand why he hadn’t. Some of the stories are found in “Wire Wars: The Canadian fight for competition in telecommunications,” a book written by Lawrence Surtees who had covered the regulatory battle as a reporter for the Globe and Mail.

I’ve now spent 37 years in the telecommunications industry and it has never been just a job for me.

I continue to marvel at the technology and the opportunities it enables. I’ve mentioned before that I will sometimes be driving on a highway here in Canada, talking to my daughter sitting on a high speed commuter train halfway around the world, without either of us having to think about the cost. It wasn’t always that way. Twenty-five years ago today, we created the framework that enabled today’s competitive communications environment.

1 thought on “25 years of telecom competition”